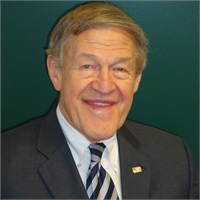 William J. Conway ("Bill") was born on November 23, 1935 and died on November 26, 2018.  He was born in Overland, Missouri and attended All Souls Grade School and Mercy High School. He worked his way through college at Washington University, graduating with a Bachelor of Science in Business Administration in 1957. He then went on to earn his MBA from St. Louis University.

Bill enlisted in the United States Army in 1957 and became Sergeant in the Finance Corps. He left the Army with an Honorable Discharge in 1963. Bill met his lovely wife, Barbara, in 1959 when they both worked briefly for McDonnell Douglas, and they were married in 1961. Bill subsequently went to work for the Container Corporation of America as a salesman and moved to Dallas, Texas. He traveled extensively throughout Texas, Oklahoma, and Louisiana for his job. Their two older boys, Ken and Dan, were born in Dallas. Bill eventually got transferred back to St. Louis in 1965. Beth and Mike, their other two children, were born in St. Louis.

Bill started working for Walston & Co., a national brokerage firm, as a broker in 1968. After a series of mergers, the firm became DuPont Walston, and eventually closed its doors in 1974. At that point, Bill moved to Rowland and Co., a regional brokerage firm, as General Sales Manager. In 1976, Bill founded his own brokerage firm, William J. Conway & Co., Inc., and worked many long hours to build up his firm and keep it running successfully. He was active in the investment industry for over 50 years, and was well-respected by his clients and industry peers. He was active in financial industry affairs, participating in conferences and symposiums and appearing at events as guest speaker. Bill received numerous financial industry awards and wrote articles for publications as well as appearing on TV and radio, giving insights on financial markets. Many remember him from his daily stock market reports which were a fixture on local radio, NPR station KWMU, for over 25 years. In his long career, Bill helped hundreds of clients to reach their goals and become financially independent.

In addition to building and running a successful business, Bill still found time to be a dedicated community volunteer. He served on various boards and held leadership positions in charitable, church, civic, youth, and educational organizations throughout the course of his career. Of note, he coached Little League baseball and soccer, became President of St. Joseph's Academy Father's Club, and also was very involved with the Missouri Athletic Club, where he was President from 1988-1989. During that time, he was instrumental in the movement to allow women members into the Club.

Throughout all this time, Bill's first love was his family. He made a priority to spend quality time with them. They have fond memories of annual family vacations, and he was always present at his children's, and eventually his grandchildren's, school and cultural performances and sporting events. An avid traveler, Bill and his wife Barbara have visited countries all around the world. Bill also enjoyed reading, singing, and spending time with his many friends. He was known for his kindness, generosity, and wonderful sense of humor.

Even during his later years, when he was not as active in the business, Bill enjoyed coming to the office to keep current on investing news and trends, and how these impacted client portfolios.  Putting the client first was Bill's main priority and this philosophy is woven into the fabric of the firm which he started and to which affixed his name. 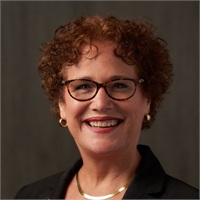 Beth is Vice President of William J. Conway & Co., Inc. With over 25 years in the investment business, she has received many awards and has been active in financial industry events. As a CPA, she applies her tax knowledge to each client's financial situation in terms of strategic planning and tax consequences. She uses her extensive investment expertise to analyze and customize client investment portfolios to help people achieve financial success and peace of mind.

While not at work, Beth enjoys reading, traveling, and spending time with her husband Scott and three grown children, as well as their dachshund, Oscar Meier, the Wiener Dog. 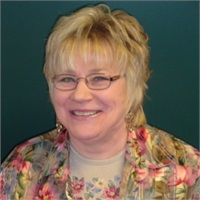 Judy started in the investment business in 1967 with a large national firm. She worked with the top registered representative in the firm and routinely executed block trades (50,000 shares or more) for the institutional department. She was the youngest person ever hired by this firm in their St. Louis office.

After three years, she moved on to another national firm and worked as Administrative Assistant to the Branch Manager. That's where she met Bill Conway. When he was promoted to Branch Manager, she worked as his assistant and that's where their team began. When that firm closed its doors, Bill and Judy both went to work for a regional firm headquartered in St. Louis. He was the General Sales Manager and she was his assistant and worked with the many branch offices and registered reps. In 1976 they left to form William J. Conway & Co., Inc.

With over 50 years experience in the investment business, she has been able to help hundreds of clients achieve their financial goals. Outside of the office, she enjoys reading, traveling, and spending time with family and friends.